One of the most popular hut food here in the Zillertal is the "Kaiserschmarrn".

Who doesn't love the fluffy sweet food with the royal name? (Kaiser = Emperor)

Where the Kaiserschmarrn got its name from is a matter of dispute. There are several possible variants.

One thing is certain, however. It has to do with our Austrian Emperor Franz Josef I.
So the delicious dish is likely to have originated around the middle of the 18th century.

The most popular story is that in the imperial kitchen once the pancakes would have turned out a little too thick, do that the emperor said: "Well, just give me that "Schmarrn" (= junk) that our Leopold cooked up again".

Another variant tells that Emperor Franz Josef I was served a "KASERschmarrn" from a herdsman ("Kaser" in dialect) in a hunting lodge. He liked it so much that he quickly renamed it into "KAISERschmarrn". (something like Emperorjunk)

Kaserschmarrn or Kaiserschmarrn, with or without raisins, with apple or plum compote is up to you.

So that you don't miss the typical Austrian dish at home, we present our favorite recipe here:

Separate the egg white from the yolk

Mix the milk, egg yolk, salt, 1 tablespoon sugar and the grated lemon zest together in a bowl.

Crumble the flour into the bowl, stirring constantly, until a doughy mass is formed. (Too liquid, more flour - too thick, some mineral water)

If necessary, stir in the raisins. If you like, you can also add a shot of rum.

In a separate bowl, beat the egg whites into snow and carefully fold them into the batter.

Melt the butter in a pan and let it get hot. Then pour in the dough and fry the dough until its golden-yellow over medium heat, tear into pieces with forks or spoons and turn again and again until all sides have an even golden-yellow color.

Finally, add a little sugar to the pancakes, stir and let it caramelize.

Sprinkle with icing sugar and enjoy.

The Kaiserschmarrn tastes even better with apple or plum compote or cranberries.

We hope you enjoy cooking and look forward to your experiences! 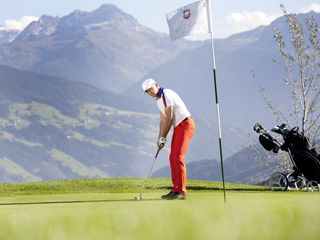 from € 399,00 Golf Package Want to play golf in the Alps?
Chek out our golf package including greenfees
at 2 golf courses in the area. 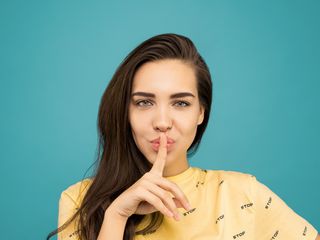